In late May we kicked off the Downtown Booster Squad, a series of happy hour events created with downtown Fresno enthusiasts in mind. A program of the Downtown Fresno Partnership and Downtown Fresno Foundation, these events are aimed at bringing together dynamic leaders to network and find opportunities for cross-collaboration and community-building. 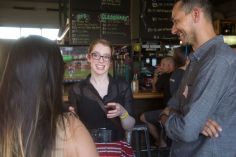 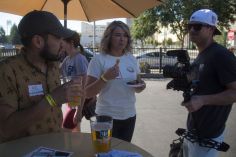 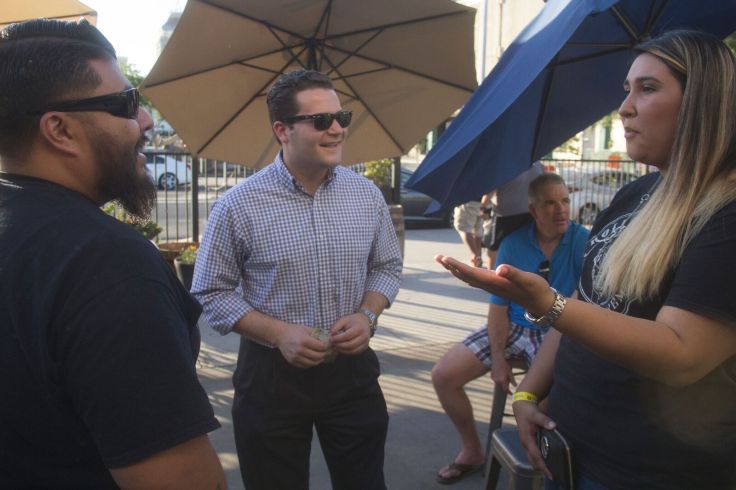 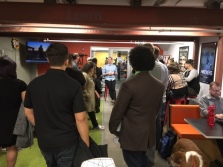 The program, which started in 2010, was created between a partnership with the City of Fresno’s Downtown Revitalization department and Fresno’s Leading Young Professionals (FLYP).  Dawn Steele, vice chair of FLYP at the time, asked to create the then eight-month program, marking the beginning of FLYP’s focus on downtown – a direct answer to Mayor Swearengin’s passionate call for action at the State of the City.

“It was a brand-new concept for Fresno,” said Tim Sudiacal, former chair of FLYP’s Professional Development Committee, which implemented the DTA program. “It was an invitation for the rest of Fresno to see what was happening in downtown and let people know there are options here – you can have an urban experience without moving to San Francisco.”

The last five DTA classes have been taught by Craig Scharton, former business development director for the City of Fresno, interim CEO/president of the Downtown Fresno Partnership, and longtime downtown revitalization advocate. In each class, participants learn about a different facet of the downtown environment, from the elements that determine if a downtown succeeds or fails, to a planning discussion that highlights the role of zoning and design in urban areas.

After the first year, FLYP brought in Kate Borders and the Downtown Fresno Partnership to formalize the program. “The minute FLYP decided to revamp the program and bring in Kate to give a DFP perspective, everything came together,” said Sarah Moffat, who helped reformat the program to a 10-month program and worked on planning and recruiting for DTA’s second, third, and fourth classes. “With Kate came a motivator who got people excited to volunteer, showcase new business, and do all they could to support DFP and its mission.”

Chris Kutz participated in the second DTA class while working with the Fresno Grizzlies. Kutz joined the program to find out how downtown worked outside of Chukchansi Park. “I learned so much was happening – and it was going to start becoming apparent in the physical realm in just a matter of time,” said Kutz. “Revitalization is hard work. Many people are affected by it. Many people have to be involved. All of that means it will take time – more than people want – to institute the right type of change. DTA showed me how this process works.”

After completing DTA, Kutz was inspired to transition to a career in city planning to pursue change and revitalization in downtown or urban core settings. “I’m drawn to density and walkability – and those settings offer those types of opportunities,” said Kutz, who is now a city planner in Manhattan, Kansas. “I wanted to create those environments and determine how they fit into a city’s makeup.” 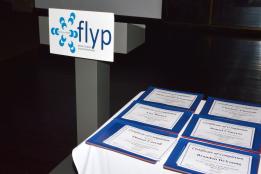 With the charge of educating young professionals about revitalization, how downtowns function, and effective ways to advocate for the success of Fresno, the DTA class meets one evening each month. Over the course of five classes, DTA’s curriculum has evolved to stay up-to-date with downtown’s revitalization, but the original four components are still emphasized: 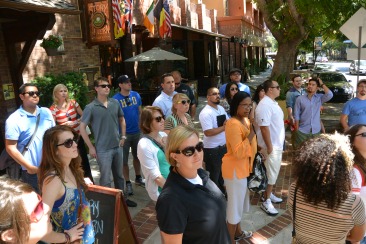 Veronica Stumpf, who also participated in DTA’s second class, learned about DTA around the same time she was starting her real estate career. “Downtown Academy made me fall in love with my hometown and downtown,” said Stumpf, who now specializes in downtown real estate. “My career revolves around downtown revitalization. I also moved from north of Herndon Avenue to Fulton Street in downtown. It made me realize that every resident has a part to play in improving downtown. How I spend my money and time has downtown in mind.” 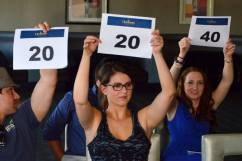 Every DTA class takes on a unique project – a call to action – designed to advance downtown revitalization efforts and utilize the skills they’ve acquired.

Sam Hansen, director of marketing for the Fresno Grizzlies/Tacos, participated in DTA in 2013 to learn more about downtown Fresno and how to best assist developing it into a true urban core. Overall, Hansen said, having in-depth knowledge of the environment has benefited him tremendously on a personal and professional level. “This knowledge has helped galvanize me towards my goals and redirected my professional career,” Hansen added. “I planned to work in baseball for a couple seasons max. I am now seven seasons in and have no plans of leaving. I once looked at downtown Fresno as an opportunity. I now look at it as an obligation.”

Kate Borders, former president/CEO of DFP, instructed DTA classes for two years with Craig Scharton. One of her favorite aspects of DTA is that it highlights all the ways in which places can lure people in – arts, living, working, events, cultural districts, and even seats of government.

According to Borders, the Downtown Academy program is so successful because it fundamentally changes the way people view downtown Fresno. “Often citizens who don’t frequent downtown have a perception that isn’t correct,” Borders said. “Being there and getting to know the various assets is powerful. It gets people thinking about why we need to value and nurture our city core. All downtowns need champions that understand the challenges and the opportunities that exist and these groups of individuals regularly become those champions. I know that people move on from these experiences with a different set of values and they take that with them wherever they go from here.”

Applications for the sixth class of DTA will launch this month. Stay tuned to DFP’s social media for more information on the applications and updates on our next Downtown Booster Squad event.