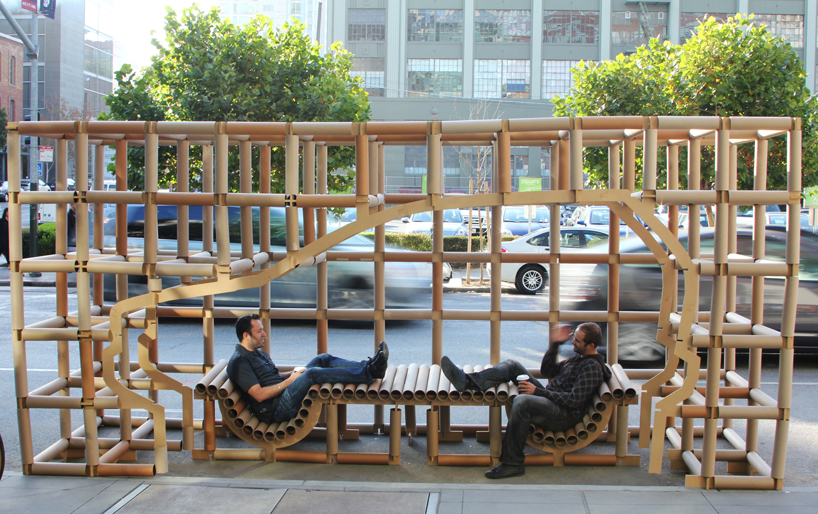 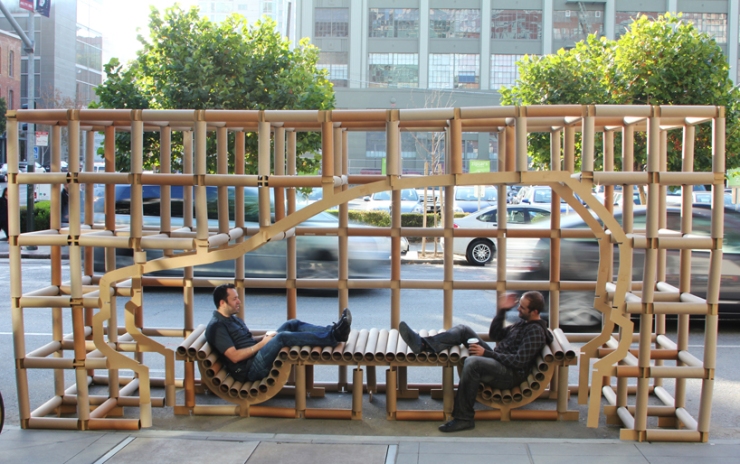 On the 3rd Friday of September each year, artists and citizens around the globe temporarily transform metered parking spaces into mini parks as part of the annual event called “PARK(ing) Day.”

PARK(ing) Day was created in 2005 by a San Francisco-based art and design studio as a way to challenge people to rethink and re-imagine the way streets are used.

Since 2005, PARK(ing) Day has evolved into a worldwide grassroots movement, with participation from more than 160 cities in 35 countries on six continents.

The City of Fresno is observing its first PARK(ing) Day on Thursday, September 22 from 10 am to 2 pm by transforming metered parking spaces in front of City Hall into a mini park, otherwise known as a “parklet.”

Fresno’s PARK(ing) Day is a few days late to coincide with Thursday’s City Council hearing, where Council President Caprioglio will recognize the parklet!

What is a parklet?

A parklet is a sidewalk extension that uses non-permanent materials to provide more space and amenities for people using the street. Parklets are usually installed on parking lanes and use several parking spaces. 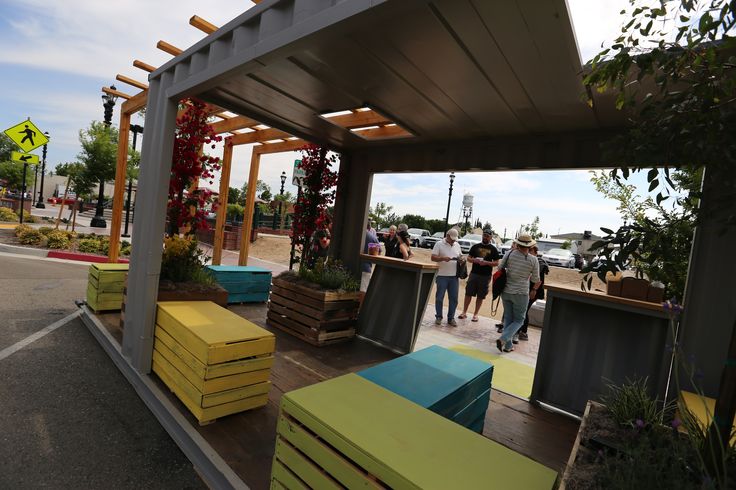 Parklets typically feature seating, lighting or shade, bike parking, art, and landscaping. They help us re-imagine our public spaces, and see that a beautiful shared space doesn’t need to take up a lot of room. 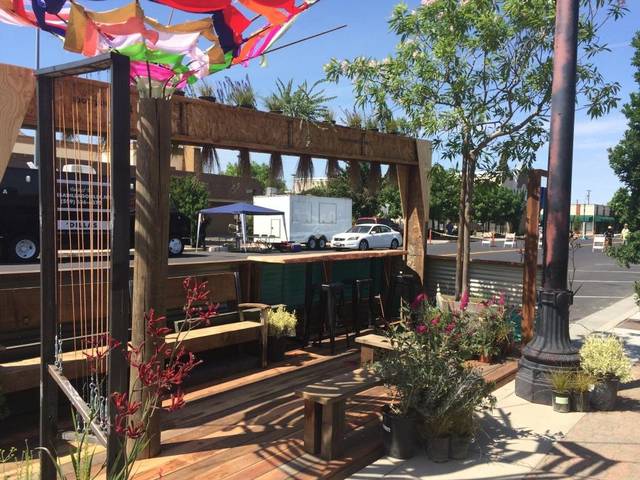 Parklets are intended as aesthetic enhancements to the streetscape and right of way, providing a solution to the need for more public open space.

While most parklets are funded and maintained by neighboring businesses, residents, and community based organizations, they are publicly accessible and open to all.

On May 14-15 this year, the City of Clovis hosted “Taking it to the Streets,” a design festival that featured 13 parklets. The City of Fresno hosted a parklet at the festival in partnership with the Office of Community and Economic Development at Fresno State and the Downtown Fresno Partnership.

The City Hall parklet demonstration on Thursday is co-sponsored by City of Fresno Development and Resources Management Department and Public Works, with support from the Office of Community and Economic Development at Fresno State, the Downtown Fresno Partnership, and Gazebo Gardens Nursery.

Stop by the parklet on your way to City Hall to pick up your $5 box lunch in support of Officers Davila and Scanlan who were critically injured while on duty earlier this month.
All proceeds from the event benefit the officers and their families. This lunch is provided by the Fresno Police Officers Association, Fresno City Firefighters, and the City of Fresno.