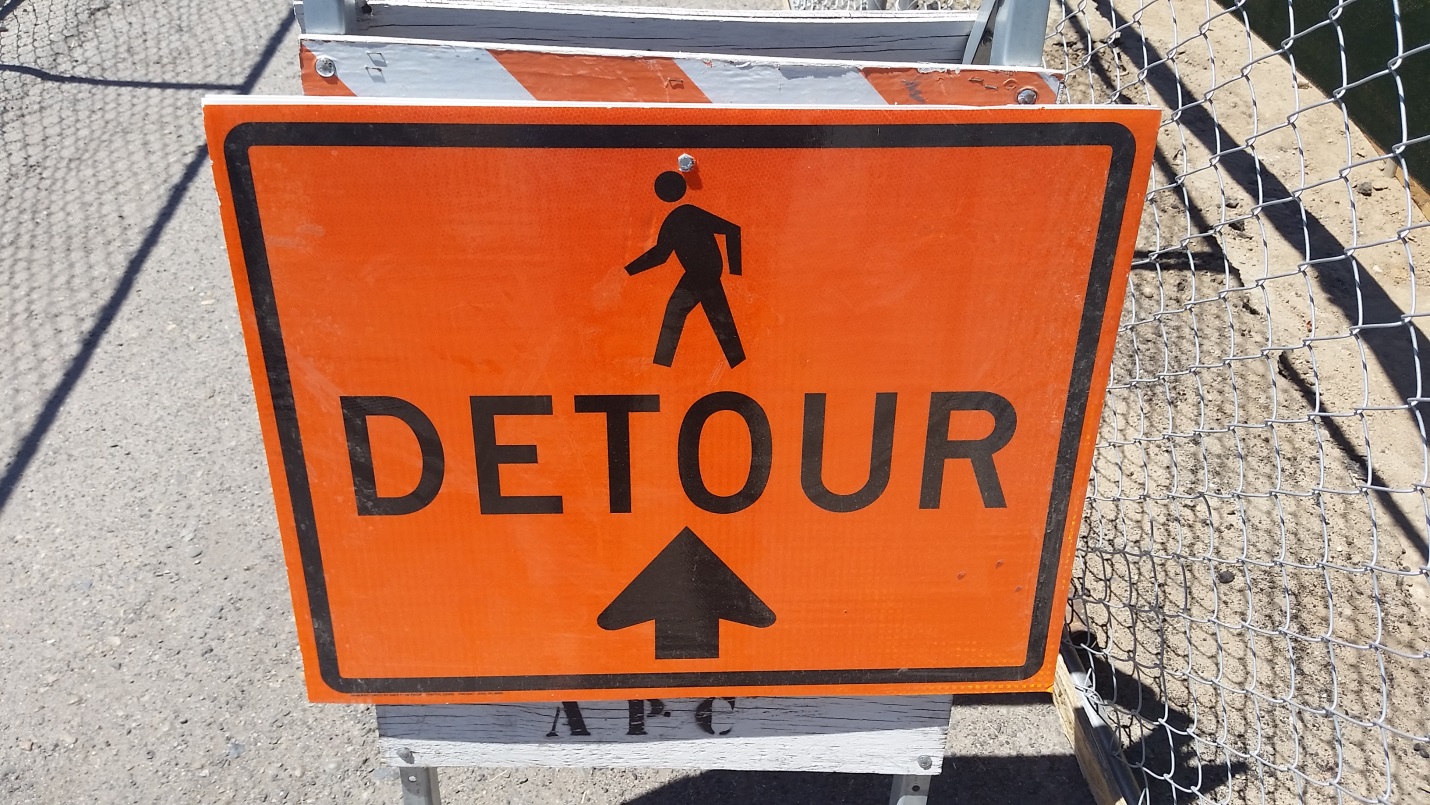 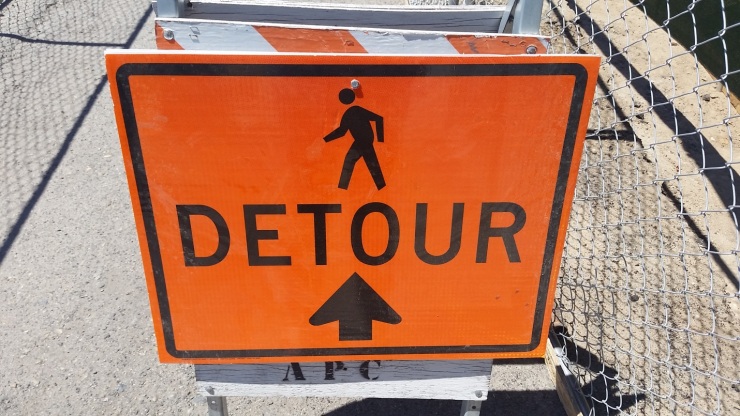 With over $100 million in transit-related construction taking place right now, downtown Fresno’s development boom is showing no sign of slowing down. Infrastructure improvements are a sure sign of a strengthening economy, and a great way to attract investors and private development to a city.

For all the good that these projects bring, sometimes it can be confusing to find your way through and around construction zones.

Fortunately for us, the City of Fresno has this amazing interactive map that shows road restrictions and closures from the three major projects taking place in downtown right now: 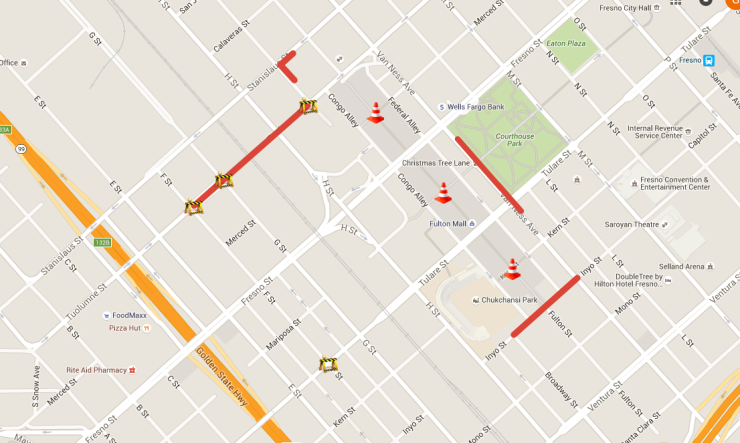 Construction at the south end of Fulton near Inyo is rolling right along. Check out this cool time-lapse video of the project.

The serpentine fountain is laid out to be returned back to Fulton between Inyo & Kern.

Note: $5 million of the overall construction budget is being used to restore all of the artwork and replace it back on Fulton.

You can learn al

l about the
artwork on Fulton by downloading our mobile app: This is Fresno, available free on iOS and Android.

Fulton construction has spilled onto Inyo for the moment. That intersection will receive a complete facelift. Traffic on Inyo between Broadway and Van Ness is restricted for the next couple of weeks until the intersection is complete. Stop by Tioga-Sequoia Beer Garden   for a drink and a great view of the progress!

The north end of Fulton is under construction as well: 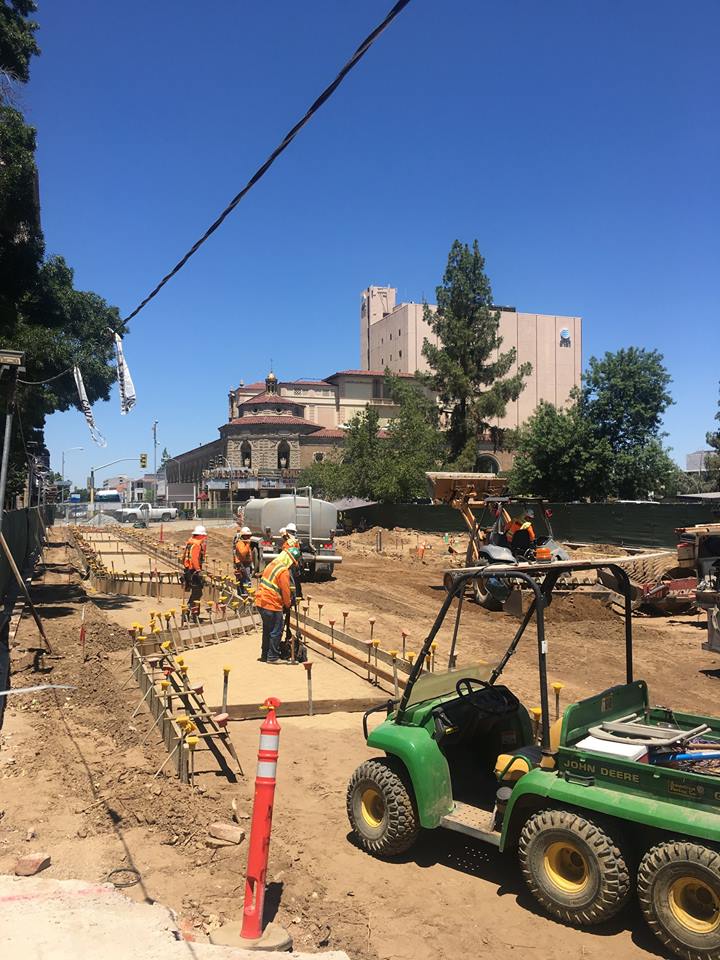 Crews do most of the big work in the mornings before it gets too hot. Stop by and check out the exciting work as it happens! Stop in at a restaurant or shop while you’re here. Fulton businesses can offer customers 2 hours of parking validation at any of four parking garages in/around Fulton so there’s really no excuse to stay away from Fulton during construction.

Yes, there are four garages in that 6-block area. And you thought there was no parking downtown!

If you’re concerned about how these small businesses will fare during construction, remember that the best way to ensure that they remain open is to shop or dine at their store. It’s pretty simple: you pay money, you receive goods and free parking; they make money, and they stay open. Everybody wins!

This is another extensive infrastructure project. The Tuolumne Street bridge has already been demolished and rebuilt, and much of the utility relocation and upgrades are underway or complete. Stay up to date with all of the active and upcoming local HSR projects here and be sure to check CalTrans Quickmap for real-time updates on road closures, traffic changes and more.

Visit this page for the overview of the project which closes portions of Tuolumne, G St., and H St. This particular portion of the project started in February and will continue to the end of the year: 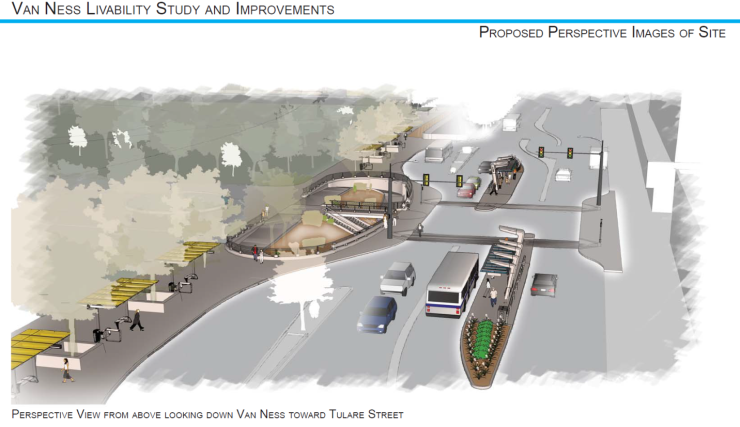 The $32.6 million bus system overhaul is underway! Fresnans can expect significant improvements to our bus system including new vehicles, reliable service and schedules, and quicker travel times along the routes for both busses and automobile traffic (imagine a world where you don’t get stuck behind a bus making stops at every. single. block.)!

Construction has commenced on the bus shelters at Courthouse Park on Van Ness. You’ll see one lane of traffic blocked on Van Ness, and bus shelters A and B have moved to allow for construction.  Traffic remains open on Van Ness so automobile traffic is minimally impacted at this time. See the map below for temporary shelter locations to access the buses.

These are exciting times in downtown Fresno. Change can be difficult and confusing, but in the long run, all of this is really good for our city. So hang in there and please, please continue to support downtown businesses (particularly those impacted by construction) so they continue to grow and thrive during and after construction.