Some people say winning isn’t everything
Those people are wrong

Winning is awesome. Winning makes us happy. When we’re happy, we make others happy.  And when everyone is happy, the world is a better place. So yeah, winning is pretty important.

This year, Fresno sports teams are spreading the joy like nobody else: 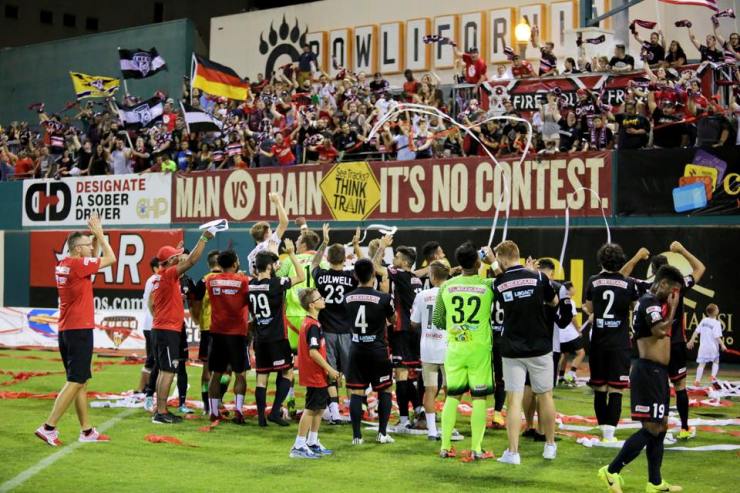 Bottom line: This team is fun to watch AND they win. A lot. Their fans are so friendly, welcoming and enthusiastic that you don’t even have to be a soccer fan to be a Fuego fan. Go to one game and you’ll be hooked. This story in The Fresno Bee perfectly captures the fan experience for Fuego games.

Others are taking note as well: Just this week, Alaska Airlines named Fuego center back Surgi Nus MVP of the week and Fuego’s Alvaro Nogales was named to the USL PDL Team of the Week.

The best way to support the club is to become an official fan as a member of the Fire Squad. $50 gets you season tickets, parking passes, a Fuego scarf, and a pint glass. Check out the Fuego website for information about upcoming games.

The Fire Squad pre-games at Tioga-Sequoia Beer Garden and then marches over to Chukchansi Park in an incredible show of unity and team spirit. The Fire Squad is wonderfully inclusive and diverse so everyone is welcome – you’ll see people of all ages, including kids! 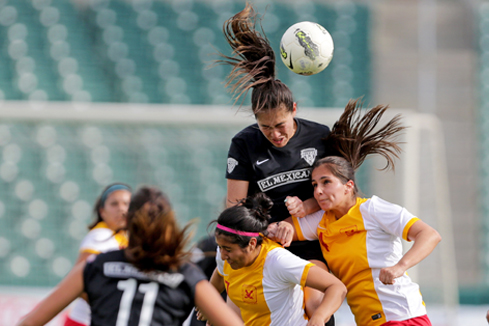 The Freeze continues to dominate the Pac-North, winning five straight to kick off the season. This team plays hard and they play to win. They’re 6-1-1, and show no signs of slowing down as they head in to their final weekend of league play.

Freeze games are an exciting fan experience at Chukchansi Park. With tickets starting at just $6 for kids ($8 adults, $11 Phoenix Club), this is a great family outing, perfect for birthday parties and large groups. Stop by the team shop at Chukchansi to pick up the latest Freeze gear in support of your new favorite team.

Who could forget the 2015 Fresno Grizzlies season?  With returning talent and several new acquisitions, the Grizzlies continue making waves in 2016 with players in the league’s top five in both batting and pitching. Three Grizzlies were named to the 2016 All Star team, with RHP Brady Rodgers named starting pitcher for the Pacific Coast League.

The Grizzlies have been winning off the field too. I don’t have the stats to back it up, but I’m pretty sure no other AAA team has received so much coverage on ESPN for their merchandise and promotions: 2015 Milby winners for Best Team and Best Promotion (Taco Truck Throwdown 5); 2015 PCL Executive of the Year, GM Derek Franks;  people all over the world buying Fresno Tacos gear; Parker performing wedding ceremonies at the ballpark; and don’t get me started on the tribute to Three Amigos on Friday, July 22.

The Fuego, Freeze and Grizzlies just keep winning – a combined 59 times, as a matter of fact. Hopefully you’ve been able to enjoy the ride. If you’re a little late to the game,that’s ok too. You can check out the Fuego and Freeze in the Bay Area this weekend, or see the Grizzlies at home versus Reno. Just be sure to stretch beforehand  – you’re going to be jumping a cheering quite a bit!