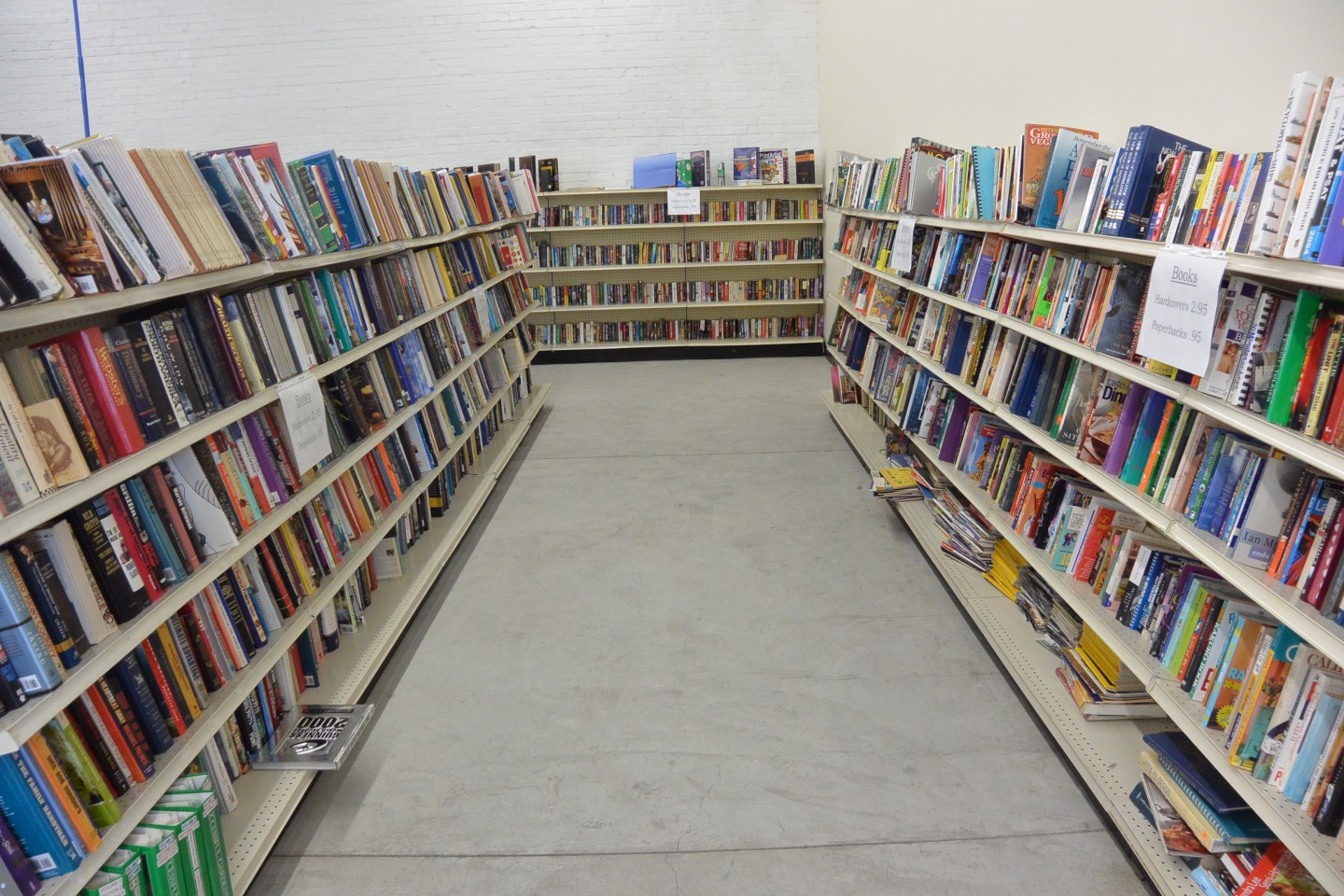 Do you know Downtown Fresno has a warehouse district? And do you know that downtown has a full on “Thrift-Store Row?” And that all this is South of Inyo (SoYo)? And that there is a grand opening for one of these stores this weekend?

Consider yourself in the know. The South of Inyo (SoYo) area is just adjacent to Grizzlies Stadium and the south end of the Fulton Mall (often referred to as “South Stadium”). It is also near the new City View at Van Ness mixed use apartments which are currently under construction (Join the apartment’s waiting list here). SoYo is home to the popular, local brewery Tioga Sequoia, where one can get brewery tours or relax out in their beer garden. This area is also home to several art galleries that participate in Art Hop.

SoYo has a distinctly urban, warehouse vibe to it. One can’t help but notice the potential. Think about it: You’ve got the future Fulton Main Street right there. This south end of Fulton is slated to have a pretty cool new, mixed development happening at the old Gottschalks building with other parcels. Residential options are growing at City View at Van Ness, the nearby Pacific Southwest Building, and are planned for other Fulton buildings. There are practical amenities such as auto mechanics (including Pep Boys) on Broadway for residents. There is a brewery, a ballpark, restaurants, a farmers market (on Kern), Art Hop, Cart Hop (on Fulton) and the cultural Chinatown is a bike ride away. Bitwise recently purchased a historic car dealership building at Van Ness and Mono for their tech-hub expansion, too.

This area is also loaded with all types of thrift stores including: 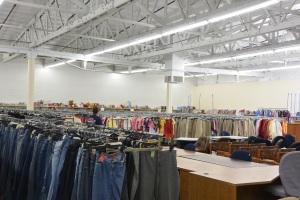 Today is the grand opening of the AmVets Thrift Store at 758 Broadway in SoYo. AmVets will be open Monday through Saturday from 10am to 5pm. All of the proceeds from the AmVets thrifts stores go towards funds for programs that support our veterans. Some of the programs include the “Welcome Home” program that furnishes the new homes of formerly homeless veterans, suicide hotlines to prevent the 22 veteran-suicides that take place every day, and funding for service officers to expedite processes and eliminate red tape so veterans can efficiently take advantage of VA programs. There is also an auction site online and there will eventually be a donation center. 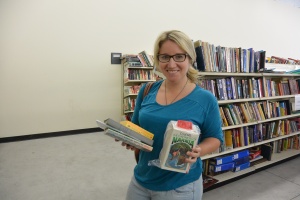 Kim and Cole got a sneak peak at the spacious thrift store this week and loaded up on clothes, books, art supplies, DVDs, records and more. The store partners with businesses for donations, so if you are a startup business, be sure to come here to get your office furniture! AmVets is happy to be part of the downtown community and contribute to revitalization. They have invested in the building’s renovation and are looking forward to partner with other businesses. They fit right in! Check out SoYo this weekend and welcome them to downtown.

Be like Macklemore and get some deals on high quality and affordably priced items. Be sure to spend extra at AmVets to support our veterans.

Note: For you thrifties out there, other downtown thrift stores include: