By this point in our internet-saturated lives we’ve seen many a crowdfunding campaign blasted across on our Twitter and Facebook feeds.  Before you roll your eyes though, crowdfunding is kinda cool.  It’s a chance for everyone to become involved in helping a small business or cause reach a goal that might be a complete gamechanger for them.

Two crowdfunding campaigns have come to my attention lately and I wanted to share them because they benefit two of my favorite downtown businesses.  You know, if I was playing favorites.  Which I’m not. 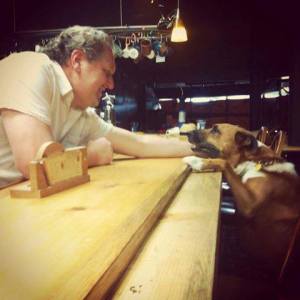 The first one is the Kickstarter Campaign for the Local Market component for Peeve’s Public House and Local Market.  I know, I know.  We’ve been all over Peeve’s lately, but it’s because they’re kicking butt.  We can’t help but notice the great things they’re doing because they’re doing them well and often.  And we really want to be able to get our hands on local food.  This campaign is to get the market space ready to open- the permits, the paint, all that jazz.  The campaign is going from now until November 2nd.  Be sure to scroll through to check out their incentives, free coffee and meals and other goodies for donating!  Super cool!

Next up is a business that is close to my crafty little heart.  The lovely ladies at Anzula Luxury Fibers have an IndieGogo campaign running to raise money to update their warehouse to have AC so that when 10+ dye pots are simmering away all summer long the staff won’t be positively boiling along with them!  Anzula is located in a rad old warehouse at H and Inyo and it’s absolutely perfect for their operations except for the extreme heat. Their campaign is running through October 20th and just like Peeves, the perks are fantastic.  Everything from knitting patterns to having a new colorway inspired by and named for you.

There’s a lot of love that you can spread by just donating a few bucks (or a truckload if you’ve got it!) and some really great businesses that can benefit from your support!