Saturday, July 27th is the Prom Rewind party at the Pacific Southwest Building so we decided to do a rewind of our own and take a peek at each other’s prom experiences.  These were just too good to keep to ourselves.

“Here is my prom picture with my high school sweetheart,  Sean, who was also our senior year’s class clown. In this photo, we are totally posing to be as suave as possible. I think it shows.” 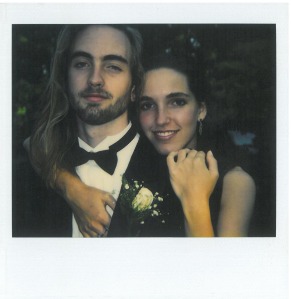 “We thought this photo should have been in a magazine, it was so perfect.” 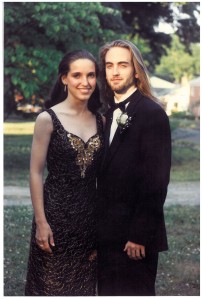 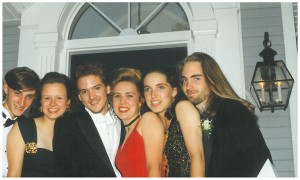 “I was on the prom committee, this was our theme- From the Heavens to the Seas.”

“I can’t believe I wanted the Doily.” 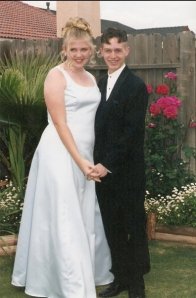 “As a freshman I realized the merit in dating upperclassmen.  More prom time!”

“…Until you break up with them the week before prom and end up having Wannabe Prom at your house. Complete with armpit hair braids! We had pizza and probably way more fun than anyone who actually went to prom.” 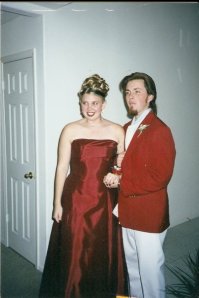 “I had crushed on this guy forever, since 7th grade!  Finally, I had my chance- he was my “friend” date to winter formal. Then two days before the dance I started dating another boy because he had Hanson hair and ruined my chances!  But I still got to go with the crush and it was a great winter formal and we got lost in the fog on our way home and ended up in Sanger on accident.  Which was cool and all.  You know, with my… friend.  *sigh*”

“The year after I graduated my boyfriend was still in high school so I came home from college for his winter formal… dressed as Marilyn Monroe.” 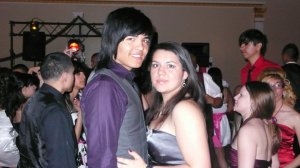 “Long hair was the thing, but I see now that it took away from the formality of it all, haha.”

I went to a small all-girls school so it was up to us to invite the guys to prom. I had just started dating the love of my life, Todd Somethingorother from the all-boys school and was really looking forward to taking him to my prom. But, as the cruel fates would have it, the all-girls school and the all-boys school scheduled their proms for the same night.  Neither of us wanted  to give up going to prom at our own school so we broke up and I had no prom date. Devastation. Two weeks before the big night, my sister’s friend, a really handsome college sophomore that I had a crush on, heard about my situation and offered to take me. In an ending worthy of a John Hughes film, I had an amazing prom night with a hot college guy. We dated all summer until we both left for school.  Yay for me!

“In 1988, I was a Junior at Mayville High School in Mayville, Wisconsin. I didn’t have a date for prom and I wasn’t going to go. But, while sitting in biology or chemistry class the day before, three friends (all girls who also did not have dates, but were going together) asked me to go with them. I accepted, threw together an outfit, and had a great time. My mother took this picture and always gets a kick out of “Mitch and his three dates” in front of “The Two of Us” prom theme.  While snapping this picture, Will (a Senior) jumped into the picture making it even more memorable.”

“The same year as the MHS prom, my good friend, Mindy (second from right) convinced me to take her best friend (to my left), who did not have a date, to Beaver Dam High School’s Senior Prom. Beaver Dam is a neighboring city to my hometown of Mayville. Mindy was dating the guy to her left.  The girl and guy in the center were dating. Both guys were Seniors at BDHS. Since I had experienced my high school’s prom a few weeks before, I accepted, again threw together an outfit, and had a … well, an OK time. My “date” and I were not interested in each other at all so it made for a long evening. Highlight of the evening: The nearby Horicon Marsh State & National Wildlife Refuges burned in a huge wild fire. I remember sitting in our cars, in awe, watching the spectacle after our dinner before going to the dance.

Rocio never went to prom, so since we’re smack dab in the middle of the prom dress capital of Fresno-     The Fulton Mall, we ran over to Femme and had a little fun. 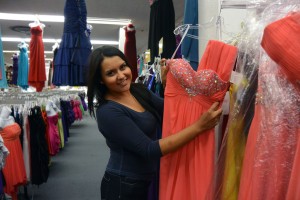 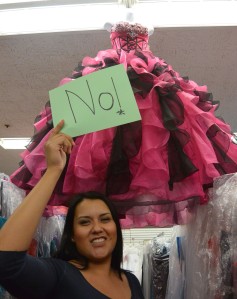 “My senior Prom should have been a long night of fun, but it was shortened. My date, Linda,  was a girl I knew from church and she probably went out with me because she felt sorry for me, I was not very date savvy when I was in high school. After a nice dinner, we went to the Prom and about an hour in, she asked me if one of my classmates, a guy, could take her home. I had promised her dad that I’d bring Linda to home by 1:00am (this was rural Oregon in the 1980’s) So, we left the dance around 11:00pm and then it was a very long, silent ride home. We got to her house and Linda told me she had a great time and sort of paused as if she was waiting for me to get out and open the door for her. I leaned over her pulled the handle and opened her door and told her “Well, it was definitely a memorable evening,” and with that she got out and went inside. I went home, pretty flattened by the night. I didn’t see her for several weeks after the Prom. We never really reconciled the issue, though, we did stay in contact since then.”

We can’t wait to share prom stories with everyone this weekend at Prom Rewind!